I’ve had this roll of flexible Ninjaflex filament sitting around for a while, which I used to create some grippy feet for my bug robot. Somebody had asked me to make them a case for their aging Iphone 4, which they didn’t want to spend any further money on, so it seemed like a good excuse to pull the stuff out again and experiment with making it print well. the other time I used Ninjaflex, the results were messy and inaccurate, but they did the job. After tweaking the settings in Cura over a few test prints, I was able to improve things significantly.

The biggest improvement was not in software at all, however. I was having several issues with the filament jamming in my printer’s extruder, as it’s very flexible (hence the name…) and prone to buckling when compressed. to solve this, I modified my printer’s extruder to include a guide tube. As you can see this improved reliability by a large amount. I felt fine leaving the printer going for the 4 hours it took to make this. 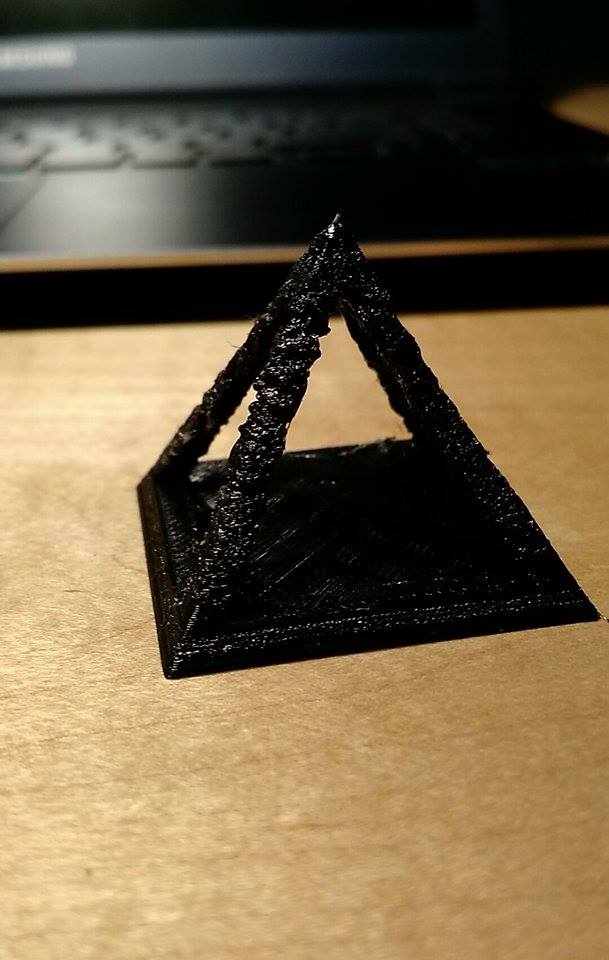 One thought on “Experiments with Flexible Filament”

Gosh it's been awhile! Many things are going on but few of them get finished. Here's something fun though - I converted an oily machine shop workbench into a workbar, and explored some new techniques along the way. Link to the full post in my bio ☝️
This little home shop just became quite a bit larger! The transit was questionable, but nothing broke. Planning a number of improvements to this tool, to soon enable quite a few future projects...
Summer's in full, heh, swing out here, so @decidedly_unremarkable and I put together a hammock stand! It's made out of some no-so-great plywood and electrical conduit, plus a few bits of hardware to hold things together. Blog post to follow w/ instructions if there's any interest in that! It's pretty great to enjoy some R&R outdoors without planting two trees and, y'know, waiting 20 years 🌳-_-🌳
A quick & dirty #functionalprint this evening, to repair a busted latch on a headlamp. The printed clip is simply CA glued to a flat face around the charging flap - you'd hardly know it wasn't original!
I solved a mystery and fixed my old #printrbot 's filament guide over the weekend! Small writeup at the bio link, for those curious. There are newer printers and better extruders to be had, but this cost me nothing and took only an hour or so to complete, so I'm satisfied. I just need to make objects again...
I'm making me jelly! This is made from #local kumquats, which lie somewhere between grapes, oranges, and lemons.